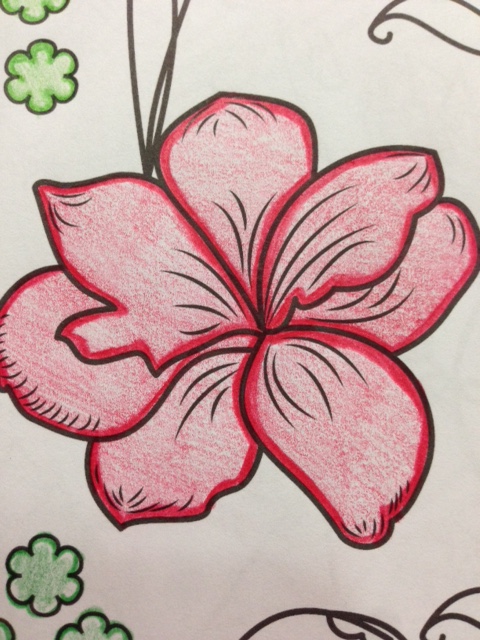 When I was a wee young lad, before I would color a picture in a coloring book, I would use my crayon to draw a dark line over the top of the black bolded edge of the drawing, careful not to run outside the line, but stay right on top with my Crayola.  Then, I would shade in with the same hue, but with light pressure, so the contrast was just right.

This is a wonderful strategy when we are talking coloring books, but, I think I may have managed to keep up this technique of staying in the lines an acceptable practice throughout my adulthood.

Don’t ever allow my coloring utensil to veer off the edge of the pattern on the page–and into the dangerous blank space.

It isn’t safe out there in the area outside of control.

A year or so ago, I had a dream of a wall that had black scribbles covering a large portion of the white drywall.  The scribbles appeared similar to the ones my little ones (years ago) attempted to decorate while alone with temptation and a couple of crayons as their guidance.

In my hand was a roller dripping wet in gray paint–similar to a hue found in West Elm.  My attempt appeared simple:  Cover up the scribbles with a nice coat of semi-gloss.  Nothing redefines a space like a fresh coat of paint.  It can literally transform a room.

But, my mind wonders, “What were those scribbles all about?”

Is it possible the mess was the accumulation of things my subconscious was attempting to uncover, that my conscience wanted to remain under wraps?

Is it possible the adult, being me, still attempts to keep the walls of my heart clean at all costs?

My early childhood was partially nice pages of color, while other areas were scribbled in darkness outside the lines of acceptable.

But, I denied the scribbles existence.  As a result, many hues have made their way to the surface slowly.

For instance, I was molested by a handful of individuals.  I did not acknowledge this up until this year.

This played a part in my childhood but instead of addressing the scribble, it was covered over in nice fresh denial.  Over time though, the color began to emerge through the covering, because the intensity of darkness was darker than the coverup.

So, while I am healthy in many areas, there are a few that still harbor hurt.  And I sometimes revert to the little girl who remained silent, while silently dying.

Healing is not about being healed, but becoming healthy.

Let yourself read that again.

Healing is not about being healed, but becoming healthy.

God can, and will, use all things for good.  Even scribbles.  Look at all the varieties of art out there.  Some are clean, while others are edgy.  Some are naked.

Some require a tilt of the head to see the beauty. 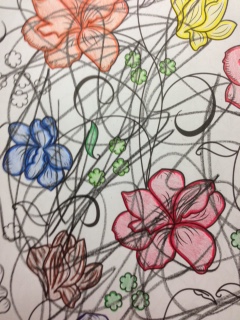